Would you like to switch to the accessible version of this site?

Don't need the accessible version of this site?

What Make Us Different

WHAT MAKES US DIFFERENT?

We use a neurologically-focused treatment protocol called Brain Based Therapy to treat chronic conditions. When used in conjunction with the several other treatment methods offered by Dr. Lo, a very unique and effective treatment program is created for the patient.

What is Brain Based Therapy?

Brain Based Therapy (BBT) is an amazingly powerful, all natural healing technique used to restore patients’ optimum state of health.

How does the brain work?

Your brain controls and coordinates all functions of the body (Gray’s Anatomy). When the brain is functioning correctly, the cerebellum, which is the back bottom part of your cranium, sends messages to the left and right frontal lobes of the brain. This in turn sends messages to the brain stem (mesencephalon, pons, and medulla). This is called the “Brain Loop”. 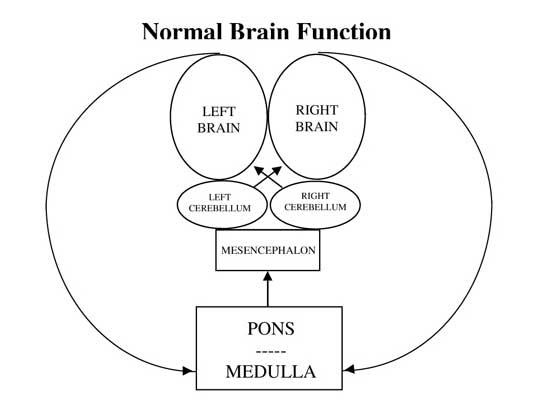 Stress ! Physical, chemical, and emotional stress will adversely affect the “brain loop”. Stress is not necessarily a bad thing. However, it is the constant, pervasive, never-ending stress of our culture that is so detrimental to our health. 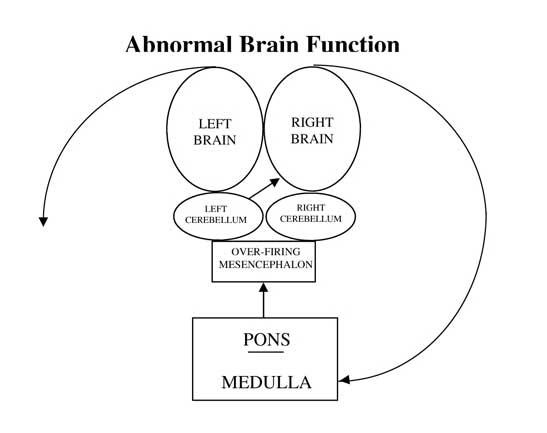 What’s the deal with the mesencephalon?

However, once stress interrupts the “brain loop”, the mesencephalon is left unchecked. The brain essentially gets stuck in a sympathetic (fight or flight) mode.

A mesencephalon that is not firing properly causes symptoms such as fibromyalgia, migraines, insomnia, ADD, sciatica, etc.

What about the cerebellum?

Another key part of the “brain loop” is the cerebellum. This is the back, bottom part of your brain that controls your balance and coordination, spinal postural muscles, and terminates eye movements. When one side of your cerebellum is not firing properly it can lead to a host of common ailments.

A misfiring cerebellum will cause one side of the postural muscles to be in constant spasm. This one-sided muscle spasm will cause vertebrae or the bones of the spine to misalign. Additionally, individual vertebrae may lock up and be restricted from their normal movement. Consequently, chronic back and neck pain, spinal degeneration, arthritis, disc herniations, and sciatica may develop. Chronic dizziness and balance disorders can be the result of cerebellar dysfunction as well.

How do you fix the brain?

A safe, gentle, hands-on, dynamic integration process is used to re-boot, reconnect and restore proper brain function. Traditional chiropractic instruments and/or adjustments are also used, but they are used in a very precise manner…to stimulate function in the effected part of the brain.

In addition, visual, auditory, and olfactory stimulation, heat, eye movements, eye exercises, and other modalities may be used to increase brain firing.

What health problems can be helped?

Please understand that BBT is not a specific treatment for any disease, illness or disorder. We do not attempt to cure patients’ conditions.

Our expertise lies in naturally and holistically re-wiring your brain and then getting out of the way so your body can heal.

Once brain imbalances are minimized and the “brain loop” is restored…amazing things can happen. The following is a list of health conditions that have shown significant improvement with BBT.

Send Us An Email Today!

Find Out When We Are Open